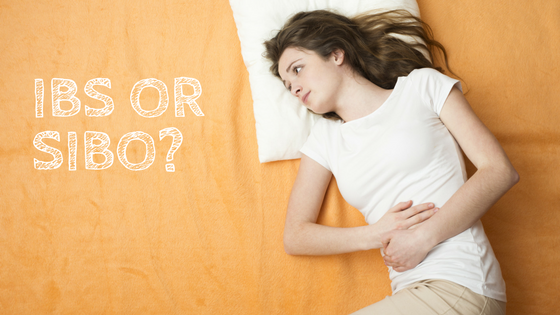 IBS, SIBO, GERD – doctors sure know how to make your digestive tract sound complicated.  But does it have to be complicated?  And do you have to struggle with gas, bloating, abdominal pain, diarrhea or constipation?  The answer to both is no.  You don’t have to suffer, and you can be empowered with knowledge to seek out the care you need.

SIBO stands for small intestine bacterial overgrowth, a condition where abnormally large numbers of bacteria (both the good and bad kind) are present in the small intestine.

IBS is short for irritable bowel syndrome, a condition impacting the large intestine with many potential causes (bacterial imbalance, nervous system changes, poor contraction of the muscles in the intestines, inflammation and immune system issues).

SIBO is a very common cause of IBS-like symptoms – studies have shown SIBO to be involved in between 50-84% of IBS cases.  More importantly, when treated for SIBO, a 75% reduction in IBS symptoms has been found.

Symptoms of SIBO and IBS

While most people who experience digestive issues are given a diagnosis of IBS, the symptoms of SIBO are so similar that I recommend every patient who has been told they have IBS be tested for SIBO.

The bacterial overgrowth in SIBO can cause significant gas and bloating – if severe gas or bloating are your main concern, SIBO testing should be considered.  With healthy normal bacteria levels, a single ounce of milk will cause about 50cc of gas to be created.  With SIBO, that same amount of milk will cause up to 5000cc of gas to be created!  And that gas has to go somewhere – filling the intestines and causing pain, or being released as gas and burping.

What Causes SIBO and IBS?

SIBO occurs when the bacteria that should be in our large intestine migrate upwards into our small intestine.  There they produce gases and disrupt nutrient absorption, leading the symptoms often attributed to IBS.

There are some specific triggers that can lead to this movement of bacteria into the small intestine.  Some of those triggers include:

The exact cause of IBS is unknown.  It may be that many people experiencing “IBS” actually have another underlying cause, such as stress, hormone imbalances, or SIBO.  Some postulated causes of IBS include:

There are some clues that your IBS may in fact be SIBO.  If you answer “yes” to any of these questions, you should invest in SIBO testing now.

While there is no definitive test for IBS, there is one for SIBO – a simple breath test. The bacteria found in SIBO produce high amounts of hydrogen, hydrogen sulfide, or methane gas.  These gases are not produced by human cells, but only through the action of bacteria on carbohydrates in our intestines.

The most common (and effective) test for SIBO is a combined hydrogen/methane breath test.  This test is readily available from your Naturopathic Doctor.  This is the only test for SIBO – stool tests will not help to diagnose SIBO.

If you suspect you may have SIBO, you should see your Naturopathic Doctor for appropriate testing.  Once you have a diagnosis, you can begin your personalized treatment plan, based on the bacteria identified in your test.

The treatment of SIBO is multifaceted and individualized for each person.  Some of the key areas we focus on are:

Addressing the lifestyle and diet for long term prevention of recurrence is also important.  Discontinuing medications, like antacids and proton pump inhibitors that encourage SIBO must also be considered.

You don’t have to continue to suffer.  Digestive health is essential for optimal health.  Get yourself tested, and get on the path to wellness today. 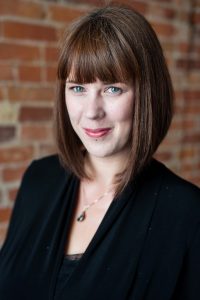 Dr. Lisa Watson delivers health care that supports balanced and attainable health at all ages and stages of life. Of primary importance is health care that nurtures the body, mind, spirit, family and community. As a Naturopathic Doctor and mother, Lisa believes that health care and a healthy lifestyle are intrinsically linked and that each serves to support the other. Dr. Watson practices at the Integrative Health Institute in Downtown Toronto.