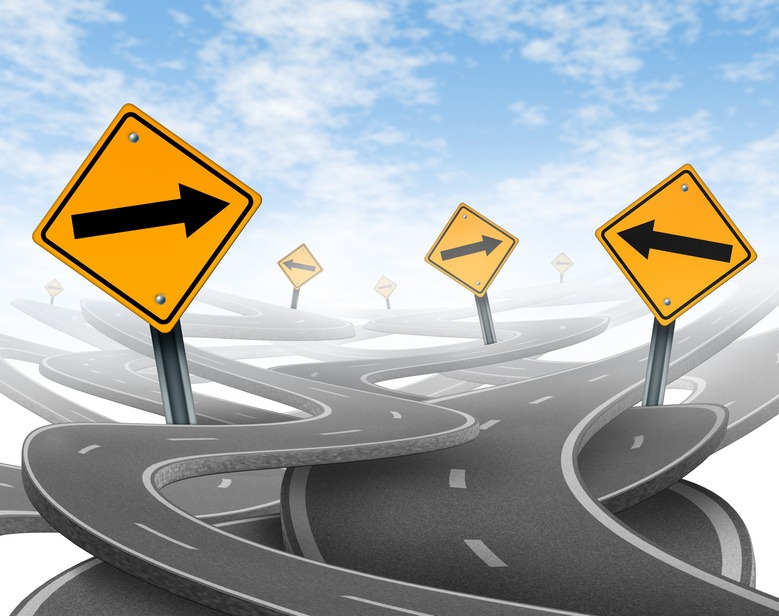 I am a grateful survivor of a rare form of thyroid cancer. It’s hard to say how likely this outcome was at the outset, but I do know it was challenging to make the choices required of me along the way from the time of diagnosis…and to create choices for myself when none were offered.

My adventures with cancer began when my general practitioner found a nodule on my thyroid gland during a physical exam in late 2011. This led to a series of ultrasound tests and biopsies, which all initially indicated the nodule was benign. Nonetheless, my endocrinologist referred me to a thyroid surgeon, who recommended surgery to remove my thyroid gland “just in case”. When I did some research on my own about this, I learned that about 95% of thyroid nodules, even large ones, remain benign, so do not require surgical removal. Given the risks associated with surgery, I asked that we adopt a “wait and see” approach.

We did that until August 2013, when a follow-up biopsy indicated that I now had a tumour in my thyroid gland, but upon learning this, it was my surgeon’s turn to suggest a “wait and see” approach. When I received the news about the tumour, I did not know the details of what I was dealing with, so agreed to the surgeon’s recommendation. As I did my own research about the particular type of tumour I had, however, I learned that it was very rare and poorly understood, with a substantially higher rate of malignant metastases and death than other forms of thyroid cancer. “Wait and see” seemed to be a reckless approach in this circumstance, so I requested both a follow-up appointment with my surgeon (which took 2 months to obtain) and an appointment (through my GP) with another thyroid surgeon, for a second opinion on a best course of action. That second opinion was that I should have surgery as soon as possible, which I requested from my surgeon when I was finally able to see him again (one cannot simply ask to be added to a surgery waitlist without a formal appointment).

I was able to have a full thyroidectomy in January 2014, which went very well, with no complications. The subsequent pathology work indicated that some cancer cells had begun to spread through my bloodstream, though thankfully, they had not breached the thyroid capsule itself.

Following that news, I was advised by my surgeon to proceed with the “protocol” of receiving radioactive iodine treatment, which is unique to thyroid cancer. While it has a certain brilliance, in that it effectively targets cancerous thyroid cells, it can also cause damage to all other tissues in the body and increases the risk of other primary cancers later in life. While I was glad to know there was such a form of intervention available should all else fail, it seemed perverse to me to begin with such a harmful treatment. I needed to find a gentler first course of action to deal with the residual cancer in my body, even though none was even mentioned by my surgeon or endocrinologist.

Beginning almost 2 years before this experience with cancer, I had been working with Dr. Erin Wiley to address my overall health, and I continued to receive her support during the period I was dealing with the knowledge that I had cancer. The transition to a low-carbohydrate and antioxidant diet she recommended was an excellent preparation for the choices I was about to make. Once I was faced with the prospect of harmful radioactive iodine therapy, I asked her to refer me to a naturopath with experience in dealing with cancer, which she did. Naturopathic oncologists are rare, with only a few dozen practicing Canada-wide. I was very fortunate to find one in my area of Toronto, who was able to see me on short notice.

When he read the details of my thyroid pathology, he told me “If I were you, I don’t know what I would do”. Because my thyroid tumour had been so large and aggressive, there was an argument that the invasive radioactive iodine treatment was called for. From my own research, I also knew that it could cause me permanent harm. I asked about the research supporting the naturopathic approach to cancer treatment (essentially a very low-carb diet, intravenous vitamin C, mistletoe injections and antioxidant supplementation), which he provided.

Based on my understanding of the risks and merits of each approach, and because it made sense to me to start with the least-invasive approach first, I chose to begin the naturopathic cancer treatment in February 2014, knowing that I could move to the medical treatment if that became necessary.

I continued to receive monitoring of signs of cancer both through my endocrinologist and my naturopathic oncologist, and by June 2014, test results in indicated there were no measurable signs of cancer in my body. I was deeply grateful.

My naturopathic cancer treatment continues (except for the intravenous vitamin C) and will until a full 2 years have passed; this is very much a “sprinkler rather than fire hose” approach. I continue to have my thyroid hormone replacement managed by my endocrinologist, who to this day has not asked me what I chose to do instead of the radioactive iodine treatment…she simply notes that I am doing well.

I am very thankful that I was willing, at each step in my decision-making process, to access different sources and types of information, that I was willing to go against medical recommendations in response to my understanding of the available empirical research, and that I had the guidance and great skill of many professionals in support of effective surgery and then my choice of a naturopathic response to my cancer diagnosis.

Health challenges can require us to make difficult and important decisions in the context of incomplete and conflicting information and advice. I have begun to learn what to accept and receive from each person and source, and ultimately rely on what makes sense in the absence of certainty. I hope this is a skill which will continue to serve me.

One Response to “DECISIONS, DECISIONS….”